Julian Assange – A real life “Enemy of the State”?

After having watched the clip of “Enemy of the State” in class last week, I took a break over the weekend to watch the whole film. It was as enjoyable as I remembered, if a little more scary this time given last week’s discussions about online security (or the lack thereof). 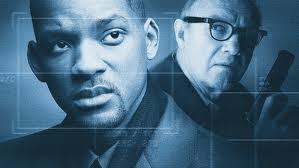 I saw an interesting parallel between Will Smith’s character and Julian Assange in terms of how they were portrayed as pariah’s by the media. Assange’s comments about journalists needing to be or have frequent access to an electronic surveillance expert in order to protect their sources reflected how necessary Gene Hackman’s character was to Will Smith’s continued existence. Nevertheless, Assange comes across as a lot less black and white in terms of the good guy – bad guy spectrum. His reflections on how the U.S. Government is trying to reinterpret the Espionage Act were disturbing, but they were undermined by the fact that Assange does tend to come across as arrogant and self-oriented in media coverage, including the Rolling Stone interview.

Both Assange and the film insist that people need to be active in protecting their civil liberties. Assange argued that “You can either be informed and your own rulers, or you can be ignorant and have someone else who is not ignorant, rule over you,” which is something similar to what Chris Parsons told us last week. In our other reading, Kidd reflects on the need for audiences to be more engaged with and less passive about the news they receive. She notes “most people still do not have the time to produce their own stories, nor to read Indymedia with the critical eye and self-motivated searching that the site demands.” Articles on Assange are interesting to read, because one is never sure exactly how much salt to read them with.

During her presentation on the app, Girls around Me, @LeahMcYYC asked whose responsibility it was to ensure people’s information is secure – we who provide the information or the platform like Facebook into which we enter it. From my perspective, privacy settings on social media (especially social media on which children are active) should default to the safest settings. Behaviour architecture research suggests that more often than not people will remain with the default settings regardless of what they are. In Moubarak, Guiot, Behhamou, Benhamou & Hariri’s (2010) study on the Facebook activity of resident physicians and fellows, researchers noted that residents on Facebook were more likely to change their default settings after they had been on Facebook for more than a year.

In their book Nudge, Thaler and Sunstein insist that we can use the science of choice to make it easier for people to make their lives healthier and safer. Making default settings the safer/healthier choice and putting healthy food at the front of the cafeteria are two examples they provide of behaviour architecture.

Ultimately, we are responsible for our own online safety, but online companies like Facebook should help not hinder us.

A Rookie Mistake – on and offline

The discussion around the false differentiation that has been made between online and offline crime and the need to be as savvy and careful online and off really hit home. John Brownlee’s reflections on the app Girls Around Me emphasizes that the web can make us vulnerable, but only if we let it by not being careful with our information just as we would be offline.

For me, the Facebook “Relationship Status” is a tiny case in point.

I can see the value of providing this information. I have friends that are a couple because he asked her out when her relationship status changed to single, which he might not otherwise have known. But it is necessary to be discriminating about providing it – just like you would be offline. Why? … I have also had a friend who announced she was in a relationship on Facebook before the person she was in a relationship with was of the same mind. Awkward. A rookie mistake on or offline, but online makes the mistake a little more public.